The Value of Contests 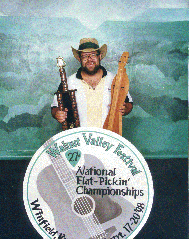 Defining what “winning” means to you.

For some people the notion of combining “competition” and “dulcimer” is oxymoronic.  They just don’t go together!  I see music competitions as an opportunity to prepare some music to share with appreciative listeners.  (Where else can you buy such an attentive audience for $.05 a head?) ($10 entry fee/200 people)  The process of preparing tunes for this kind of presentation is an intensive artistic endeavor!

I’ve competed in both National Mountain and National Hammered Dulcimer Contests at Winfield and have been disappointed in the prize category a great many times.  True, I’ve also been blessed to return home with a trophy or plaque, some cash and a new instrument on several occasions.  I’ve also performed on Winfield’s stage and even have judged a National Championship.

But my definition of what wins at Winfield stems back to my disappointment at my own poor performance, my frustration of judging that didn’t favor me, and the re-defining of my expectations by the wisdom of my dulci-mentor, Esther Kreek.  She said, “For me the point isn't winning a prize.  I always try to play beautiful music for the people.”

Truly, that advice completely reframed my focus and then I began to have fun with the process.  In fact, the last year I competed I thought I’d given up chasing that brass ring, only to discover in the summer some tunes and arrangements that I just couldn’t wait to share with people at Winfield (Croce’s Time in a Bottle and Ellington’s Mood Indigo, in this case.)

I see music competitions as an opportunity to prepare some music to share with appreciative listeners.

The addition of a Contestant’s Tent, in which the drawing is held before each contest and beneath which most contestants tune-up and warm up, has helped to create a community feeling among the players that surely wasn’t present back when each contestant was looking for a “quiet” nook or cranny to prepare to compete (and in some cases duck out of the rain!)  I’ve delighted in the chance to meet players whose names I’ve known and people about whom I’d never heard; and begin the treasured exchanges that can develop into collegiality and friendship.  (As Larry Conger says, “We’re not in this business to make money, but to make friends….and I am rich!”) 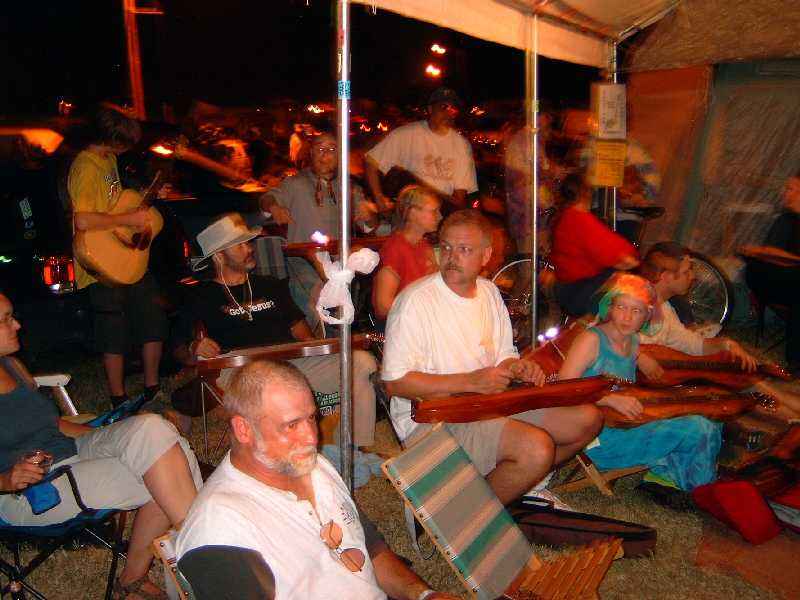 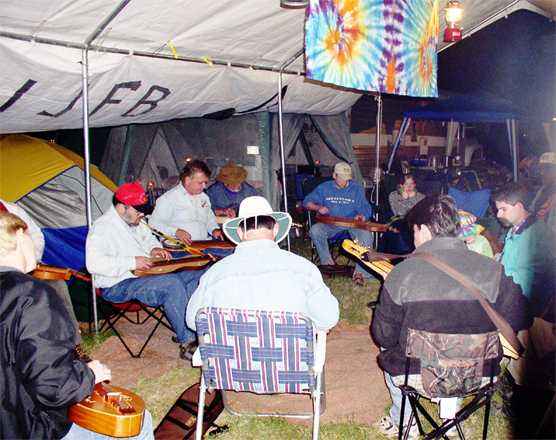 The disappointment of having two “orphaned” tunes when one does NOT advance to the second round led to the establishment of the annual Second Set Concert hosted with my camp-mates at JimJim and the FatBoys in the Pecan Grove on Friday nights.  Each Mountain Dulcimer contestant is invited to share the second two tunes of the four they prepared before all in attendance are finally invited to join in a marvelous jam. 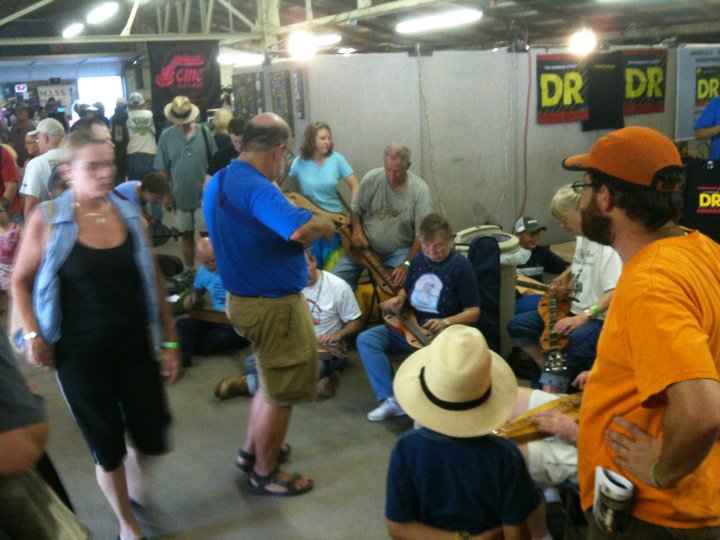 “We’re not in this business to make money, but to make friends….and I am rich!” --Larry Conger

Back to the Contest:

The Rules which guide the judging are important to consider when choosing what to play.  40% of the points are for arrangement in which difficulty and originality are considered.  I’ve heard some hot players dealing out a David Schnaufer arrangement, very cleanly played, who were dumbfounded to discover they didn’t advance in the contest.  On the flip side I’ve heard (and played) some original arrangements that were not played cleanly which also did not net an award.

The real temptation, when trying to warm up beneath the Contestant’s Tent, is to try and substitute what one is prepared to play after hearing the other contestants warm up.  A cloud of self-doubt can hover above one’s head like in a Peanuts cartoon.  To banish it, I have to keep repeating this refrain to myself, "Even though I don't play like that (and I wish I did) I’m not here to play like him or her, I’m here to play like me.”

Beyond this, I have also found that some of the most important moments in the National Championship at Winfield have come off of the stage.  One year, as I was tuning and warming up on my hammered dulcimer an older gentlemen who identified himself as a retired Kansas farmer came and sat beside me in the Contestant’s Tent.  When I stopped playing to look over at him, he insisted, with tears in his eyes, “Oh, no!  Please don’t stop!  That is the most beautiful sound I have heard since my grandfather used to play his dulcimer years ago.”   I quickly realized that I had not come to Winfield to win a prize in the contest that year—I had come to help this man connect with the memories of his grandfather’s playing of the “sweet music” that has drawn us all to the dulcimer!  For me, that was a new definition of winning that year.

That memory calls many more to mind:  meeting the player from Edmonton, Canada who drove many, many hours to play his 5-string-course instrument in the Ukrainian style; having someone bump into me in the dark—while I was walking in a late-night funk because, once again, I didn’t take home a trophy—having this person stop me to thank me for the beautiful music that I had played on stage that afternoon; these and others make me realize that while I haven’t always brought home a trophy, every year that I’ve participated in the competition I’ve come home a winner from Winfield!

Every year that I’ve participated in the competition I’ve come home a winner from Winfield! 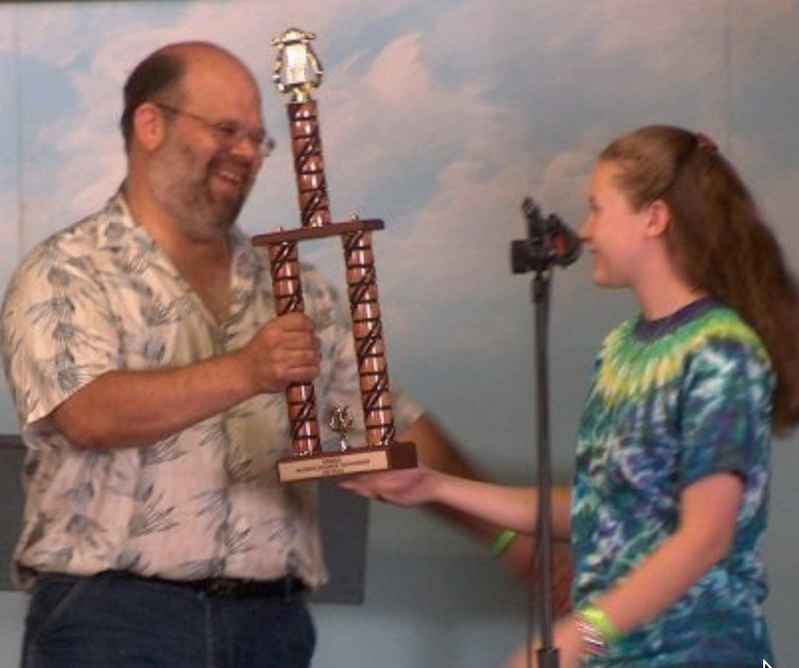 (Reprinted with permission from the Owl Mountain Music Blog (first publication June 2018) originally written in response to an inquiry for research by Butch Ross for an article in Dulcimer Players News.