As another step in the transition from our Legacy Site to our new Platform, Steve has gotten all of the Backing Tracks Library moved and set up for use by ALL members of the site.

The organization of the Library is very similar to what it has been and can be found at the menu at the top of the page when you are logged into the site and can be sorted the way it always has been: 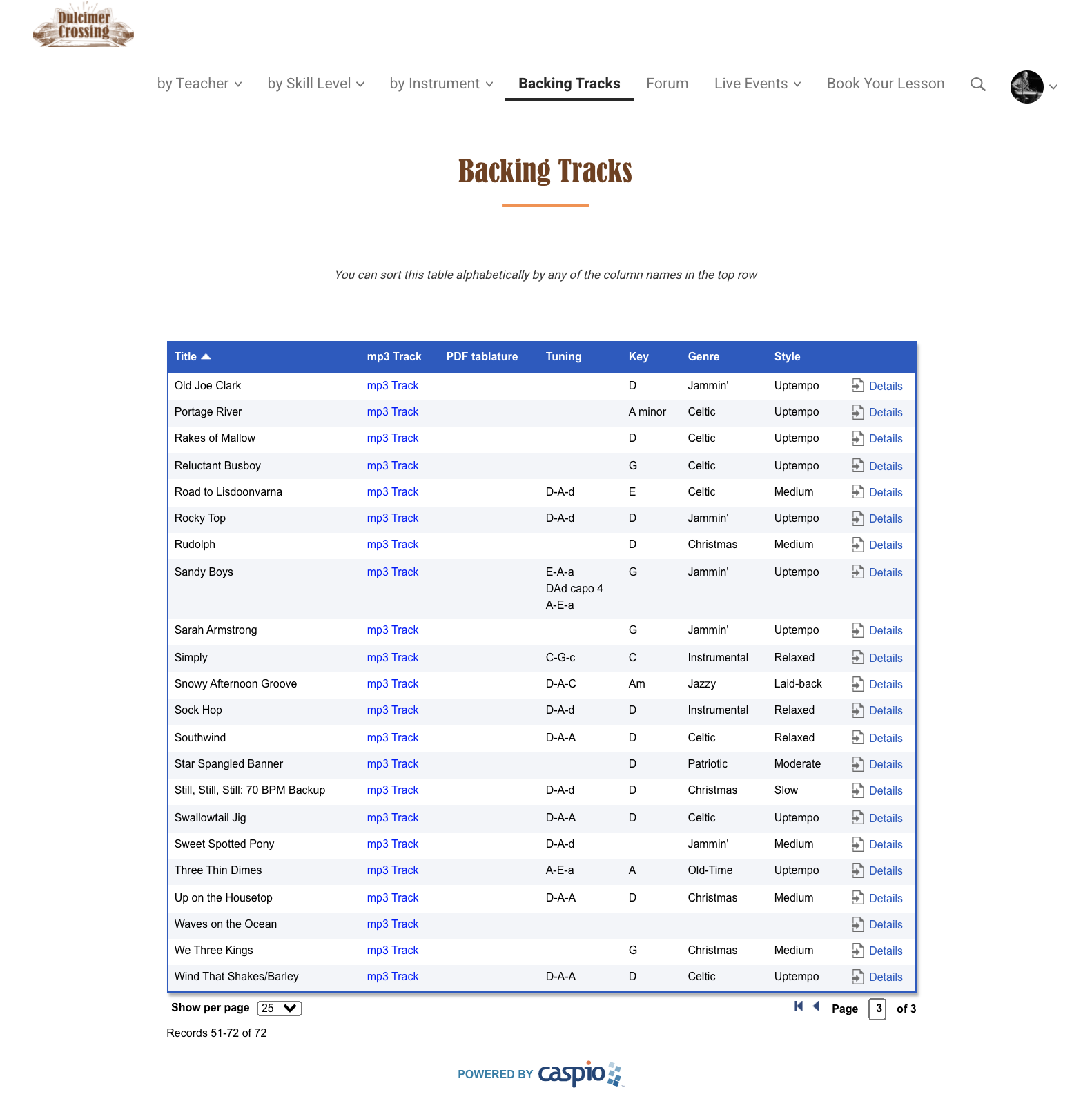 You may notice that the actual number of tracks that appear is far less that it used to be.  We actually do have ALL of the nearly 300 tracks that we have always had, but in the new site is when you click the link (mp3 track) you see a single page on which all of the tracks that relate to that tune are displayed and can be played. (click the white arrow in the black media bar). Now we have the nearly 300 tracks displayed on 72 pages that are organized by title.

Several of the tunes have the track played at multiple speeds, some with a hammered dulcimer lead and many without.  Each can be downloaded and played on a device if you are away from internet or wi-fi access.  The same is true with any PDF supplement which is displayed on the page for many of the tracks.

Here is the example of Sarah Armstrong's page: 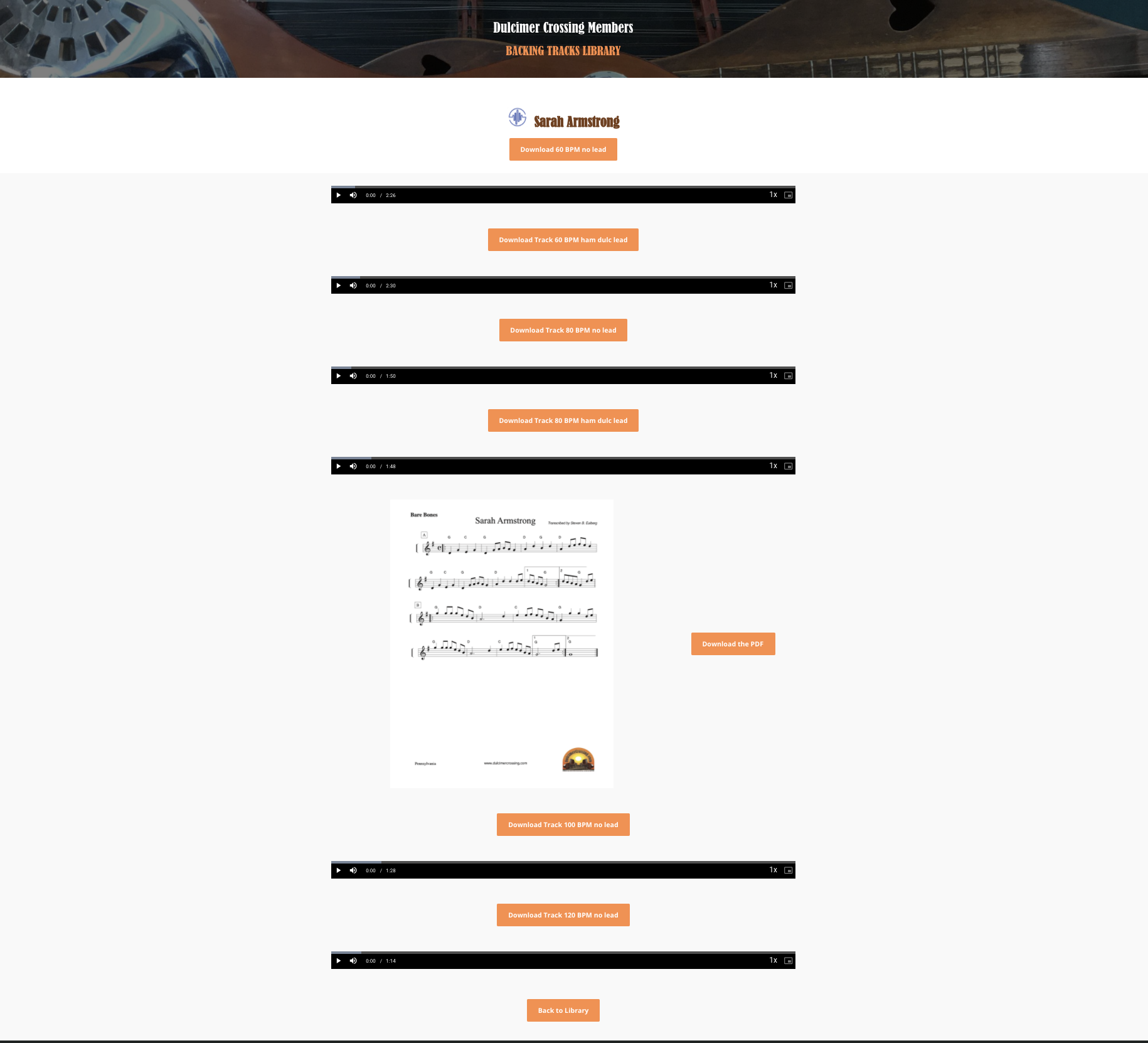 Reminder:  The purpose and benefit of the Backing Tracks Library is to provide an aural example of the tunes to help support our learning and playing by ear, as well as getting accustomed to playing along with a tempo that exists outside of our own heads.  The added benefit is that when we may not be as accurate in our playing, the Backing Track won't get its feelings hurt, the way that playing with a friend can happen.