Can I Play This in Public? 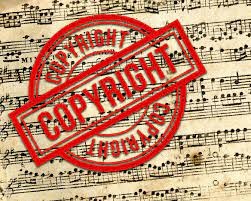 The copyright law for musicians is pretty simple: In short, “a music composition or sound recording is protected by copyright law when it is an original idea that is fixed in a tangible medium of expression,” according to the Digital Media Law Project. For example, the classic song “I Will Always Love You” was written by Dolly Parton, so she has a copyright as the composer of the song. But we can never forget the incredible sound of Houston Whitney singing it, and she has the recording copyright for her version of that song.

Now most of us aren’t writing or recording original dulcimer music. But many of us enjoy not only playing our dulcimers, but also performing for an audience … such as at the nursing home. Do the copyright laws apply to those of us who are only amateurs?

Well, much of the music we dulcimerists play in pubic are the old fiddle tunes, written around the 1850’s. These tunes are in the public domain. Public domain music can be played without permission because the “owner” or property rights have expired. Once a copyright on a piece of music is created, protection generally lasts for 70 years after the death of the author or composer, and in some cases 95 years from publication or 120 years from creation. That’s a long time, but not forever.  January 1st is known in the United States as Public Domain Day. On January 1st of this year, a version of the beloved character “Winnie the Pooh” entered the public domain. As a matter of fact, on New Year’s Day 2022, almost 400,000 works including sound recordings, films and books entered the public domain.

Sometimes we get tired of playing the old tunes and we want to perform something more current. To do that properly, do we need performing rights? Performing rights are the right to perform music that is copyrighted in public. Now “I Will Always Love You” was written by Dolly Parton, but 39 musical entities, along with Whitney Houston, have secured recording copyrights for that song. So here’s my question. Is it legal for non-professional musicians, amateurs just wanting to bring some joy to a nursing home, to perform that same song, strumming or hammering the chords on our dulcimer and singing the words? 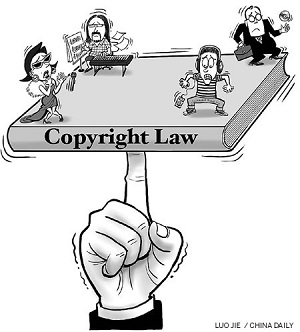 Playing music for residents of a long-term care facility can be important to their enjoyment of life and overall happiness. However, the facilities must be aware of the copyright laws and the rights of others when music is played in their facility. Often, and to the surprise of many, playing music in a public space requires a license, and not obtaining the proper permissions can expose the facility to claims of copyright infringement.

For example, when we owned our restaurant, we paid for licensing with ASCAP every year. That way, when we played the radio or CDs for background music, or we offered live music to entertain our diners, we were covered. If you are an amateur (i.e., none of your income comes from music) and you plan to play a tune that is NOT included in the “Public Domain,” you should check with the facility to be sure they are covered with the proper licensing. If a friend tapes a video of you performing such a song and then wants to upload it to FaceBook, be sure they give credit to the original composers and/or performers as a disclaimer within the post.

Of course, every situation is unique. But do not simply assume that because you CAN play music that you can play anything you want, anywhere you want. Show respect for the rights of composers by doing everything correctly and according to the law.

If you want to know more, Steve Smith is planning to offer a class on this topic at the next QuaranTune 7.0 festival in June.  Jess Dickinson, a retired Mississippi Supreme Court justice, has also offered in-depth workshops on this topic on several occasions.