I am SO not a rock star. And you probably aren’t either. But when I’m playing my instrument, I’m a communicator and I want to connect with the person or audience for whom I’m playing.

With that in mind, do you ever feel like you’re not connecting with your audience … when you’re introducing your next tune … or when you’re actually playing your dulcimer? Do they look bored (out of their minds)? Are their toes stubbornly still, instead of tapping along with the beat? Does their body language reveal that you haven’t touched their hearts? Have you ever noticed folks frowning or talking to each other instead of listening? If so, we all have something to learn, and here’s some ideas that may help you connect. 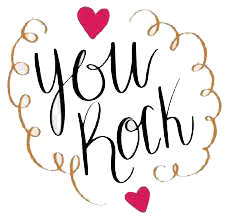 Here’s the deal. The more you engage your audience, the more engaging you become. And that feeling of holding an audience in the palm of your hand, the joy of hearing them sing along with you on the songs they love, the excitement and energy in a room full of people coming together to celebrate life and the sweet tones of the dulcimer … this is a precious gift, both for yourself and the audience. Don’t you agree?