How to Recover From a Baaaaaaad Performance 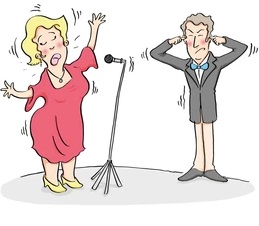 You just played the last note in a performance, and you know you messed up. It was bad. You let your nerves get the best of you, and the longer you played, the worse it got. You want to go straight home and lick your wounds. But you can’t just run out the back door. There are people approaching you already … with smiles on their faces. (Why????) What to do … what to do. 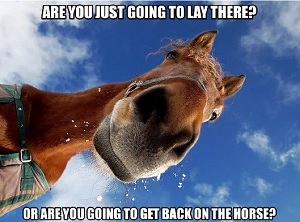 Don’t let one bad experience set you back into a permanent, negative mindset. Use the experience as a unique opportunity to learn, strengthen your core self, thrive, and face the next challenge. Thomas Edison once said, “Our greatest weakness lies in giving up. The most certain way to succeed to always to try just one more time.” As an inventor, Edison made 1,000 unsuccessful attempts at inventing the light bulb. When a reporter asked, "How did it feel to fail 1,000 times?" Edison replied, "I didn’t fail 1,000 times. The light bulb was an invention with 1,000 steps."

Keep on keepin’ on. You can do it.