The Fear of Going Too Fast 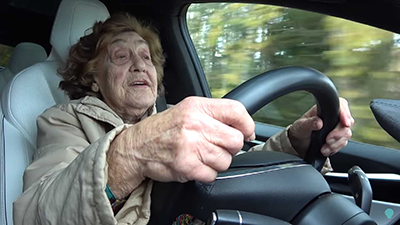 >Sitting on the side of the highway waiting to catch speeding drivers, a State Police Officer observed a car puttering along at 22 mph. He thought to himself, “This driver is just as dangerous as a speeder!” So he turned on his lights and pulled the driver over. Approaching the car, he noticed that there were five passengers, all old ladies, two in the front seat and three in the back – eyes wide open and white as ghosts. The driver, obviously confused, said to him, “Officer, I don’t understand, I was doing exactly the speed limit! What seems to be the problem?”

“Ma’am,” the officer replied, “You weren’t speeding, but you should know that driving slower than the speed limit can also be a danger to other drivers.”

“Slower than the speed limit?” she asked? “No sir, I was doing the speed limit exactly … 22 miles an hour!” the old woman exclaimed a bit proudly. The State Police officer, trying not to laugh, explained to her that “22” was the route number, not the speed limit. A bit embarrassed, the woman smiled and thanked the officer for pointing out her error.

“But before I let you go, Ma’am, I have to ask… Is everyone in this car ok? These women seem awfully shaken and they haven’t uttered a single word this whole time.” the officer said. 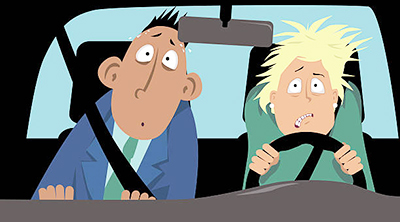 You’ve probably heard this joke before … I know I have. But I can relate. My husband is no longer able to drive, and I am responsible now for getting us everywhere safely. And I don’t like to drive on freeways because, even though the speed limit ranges somewhere between 65 to 75 on most highways and I always drive up to speed, it still seems like everyone is passing me, both on the right and left, just as if I am only going 22 mph.

When I heard this joke yet again last weekend, my mind wandered to playing my instruments (no surprise there!). I tend to practice and perform the slower romantic tunes or the heartfelt hymns that may seem somewhat tortoise-like in tempo to others. Even if the tune is upbeat and peppy, I can put a new interpretation on it and stretch those arpeggios out to draw the most meaning from every note and chord.

BUT, am I doing this because I have a fear of going too fast? After all, the faster I go, the more likely I am to make a mistake. And heaven forbid that should happen. Should I focus on learning more fiddle tunes, and build up my speed? I actually think that might be a good goal for me this summer. And so, for own sake and maybe yours as well, I want to examine how to build up speed in our playing. Here are some practice tips for you to implement right now in order to learn to play your music faster.

Say this after me. “I promise to practice playing a bit faster this summer.” It’s a slow process, but quitting won’t speed up your playing. Only practice will do the trick.